Tell us a little bit about yourself and Attack! Pro Wrestling / Rafflers?

Attack! Pro Wrestling is an awesome independent wrestling promotion who run shows primarily in Cardiff and Bristol. They often describe themselves as “weird and wonderful” and I can’t think of a better description. Their shows can have everything from serious technical wrestling to comedy matches based on video games and everything in between.

Most independent wrestling companies have their regulars, some even have names (Progress has its Ultras). Whilst in a queue (for a different wrestling show), my friend, brother and girlfriend jokingly thought of the idea of calling ourselves “The Attack! Pro Rafflers”. The raffle has become a major part of Attack! Pro Wrestling, what started as a joke, has now become a part of their regular shows and there’s even an annual event: Rafflemania!

I’m a web developer and graphic designer, so thought it would be great fun to modify the Attack! logo, then a joke seemed like it might be something that could be used to do some good…. 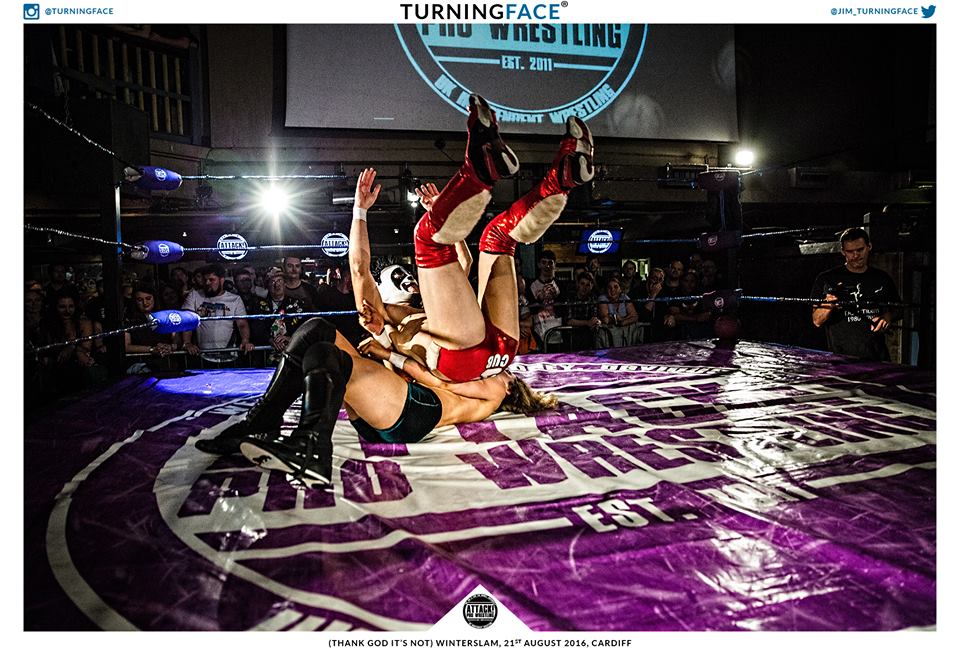 How does charity come into what you do and what were you raising money for?

In March 2016, a British Wrestler called Kris Travis tragically lost his battle with cancer. He had one of his final matches, and possibly one of my favourite matches, against his friend Martin Kirby at Attack! Pro dressed as Luigi, Kris’ sense of humour and talent shone through and he won over everyone in the room. It was a special moment to see him back in the ring after a long break (watch this video).

Kris was a friend of Attack! Pro, wrestlers and fans alike. He was a patron of Cavendish Cancer care in Sheffield and they were an incredible support to him. With Kris fresh in our minds at the next Attack! Pro Show after we heard the news of his passing, my own little brain trust (thanks Chris, Liam and Rhi), had the idea that it would be much better to try and raise some money for a great charity, rather than just getting a few shirts printed as a bit of a joke. 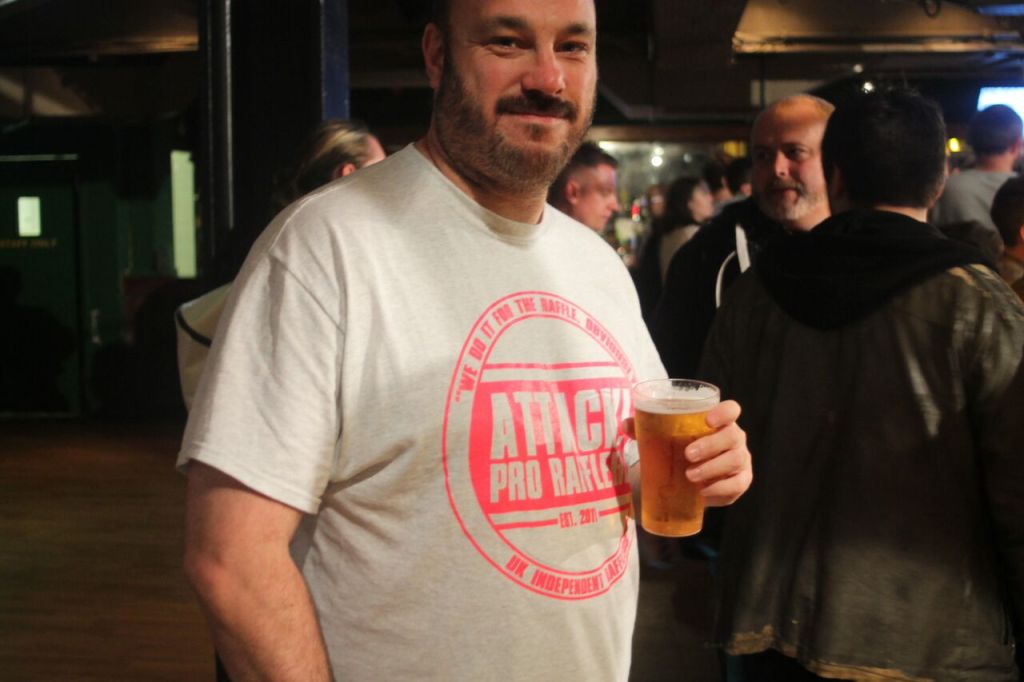 How come you decided to use Mercht as a platform to sell tees for your chosen charity?

Having spoken to Cavendish about the campaign before it launched, they were happy to give me the relevant information to get the money straight to them. Removing the middle stage was a blessing, as it meant I didn’t have to directly collect money, order or distribute shirts and the campaign was super easy to do.

I had a feeling this would be a great little campaign, and the minimum purchase numbers to print meant there was no risk involved for anyone. If it worked out well, money for a great charity, if it didn’t, no one lost anything. I’ve used Awesome Merchandise in the past and been incredibly happy with the high standard of your products. Knowing that Mercht is a part of Awesome, I knew I was in safe hands.

You’ve had a successful charitable campaign – what tips have you got for other people to promote theirs?

Attack! Pro Wrestling is a fun promotion, making something which reflects the attitude of your audience is a great place to start. Thanks to the fans’ Facebook group and support from the team behind Attack! it meant social media was well covered as well. If you are a small group trying to do something positive, play to your audience, they will appreciate it all the more. 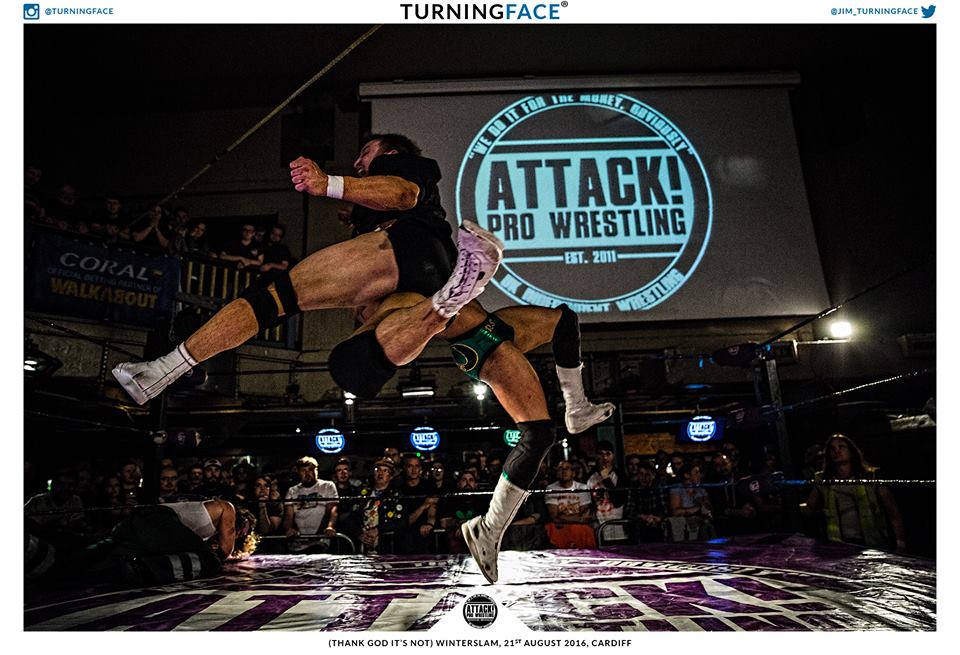 What were the advantages to using Mercht instead of printing T-shirts in advance and then selling them online?

Whilst Attack! mainly run shows in Cardiff and Bristol, they do have fans further a field, not everyone can make it to every show, so having an easy method of getting shirts to everyone easily seemed like a great idea. Having options for multiple shirt colours and styles was a big reason. It gave the lovely people who bought the shirts a choice on what shirt they could get. Not everyone wants a wardrobe full of black shirts. Also people could buy multiple styles and colours, as quite a few people did.

This one was a great success, and it proved that a fun idea can make a difference, especially when it come to a smaller charity like Cavendish Cancer Care. The guys behind Attack! were super supportive of this campaign, so next time, they get to choose the charity. On a personal note, I’m a massive supporter of CALM (Campaign Against Living Miserably) and have raised money for them in the past. Perhaps my next adventure could involve making an awesome shirt to help raise some money for them too. 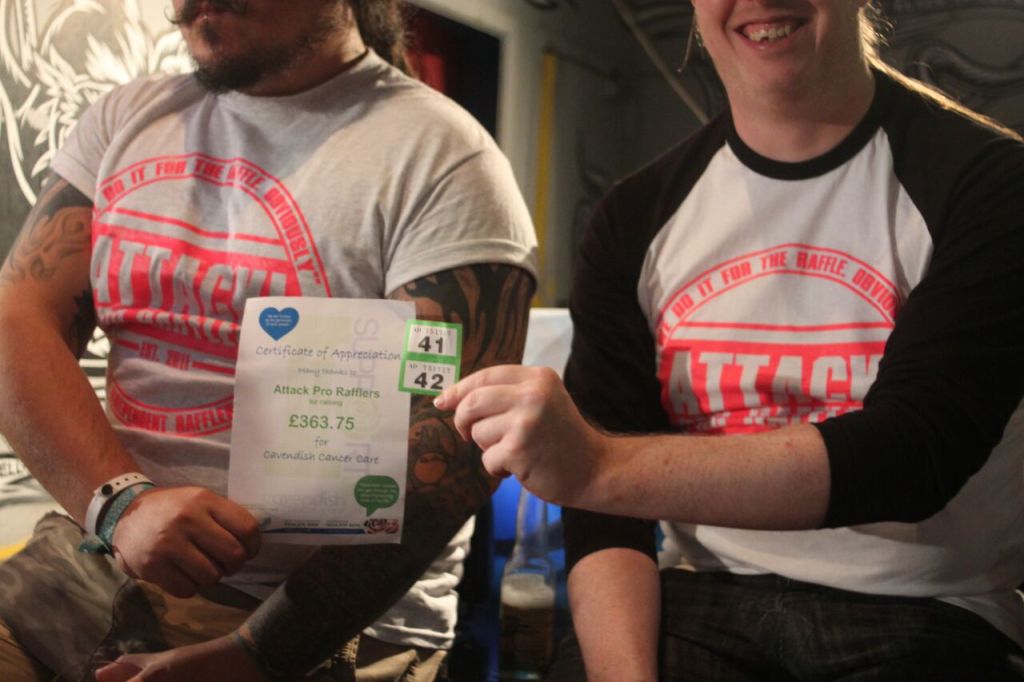 Look out for more campaigns from the Pro Rafflers.