If you don’t know who Drew Millward is, then he’s only one of the world’s leading gig poster artists. He’s also a dab hand at designing awesome looking T-shirts. We spoke to him about becoming an early adopter of Mercht…

Hey Drew, what’s been happening in your world recently?

Lot’s of things, really. I fought a shark. Climbed a mountain, fuelled only by pink wafers and supermarket brand scotch. Drew some pictures. Drank some beer. Hung out with some pals. Listened to some music. Ate a burger or two. The usual.

You already have an online merch store, how come you decided to use Mercht?

Typically, making a selling shirts is a fool’s errand. You end up printing a run, only to end up sitting on a vast stockpile of small or XXL shirts, which you invariable have to end up using to polish stuff while mopping up your tears, after discovering no one wants to buy the shirts you made. This way, if people want something, they can get it in the size they want, on the shirt/sweater/bag they want and I don’t have to field countless emails asking when I’ll be restocking the XXXXXXXL shirt design from 8 years ago. Say what you like about posters and prints, but they’re ‘one size fits all’. 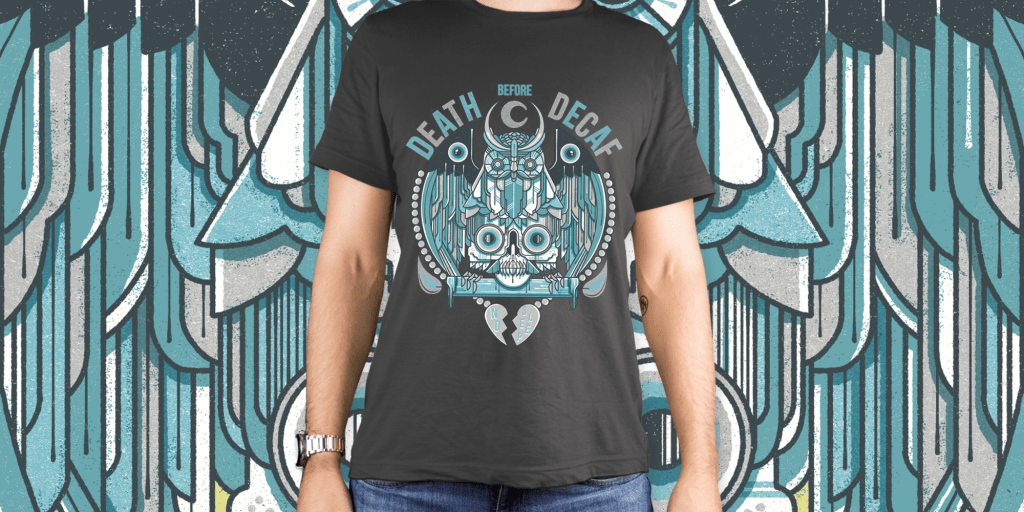 Tell us about the designs you used on Mercht…

They were primarily designs that I have made over the past year or so, that were either made for fun, self promotion or simply weren’t printed in shirt form before. I’m hoping to keep the Mercht profile running with a new shirt each month. I’ve discovered that having too much up at once is a bit of a struggle to push, and, owing to the nature of the campaign, it can dissipate orders.

Which of the designs is your personal favourite?

Probably the simple Paper Tiger Head hoody. I might order one myself, as my style inspiration is The Unabomber. 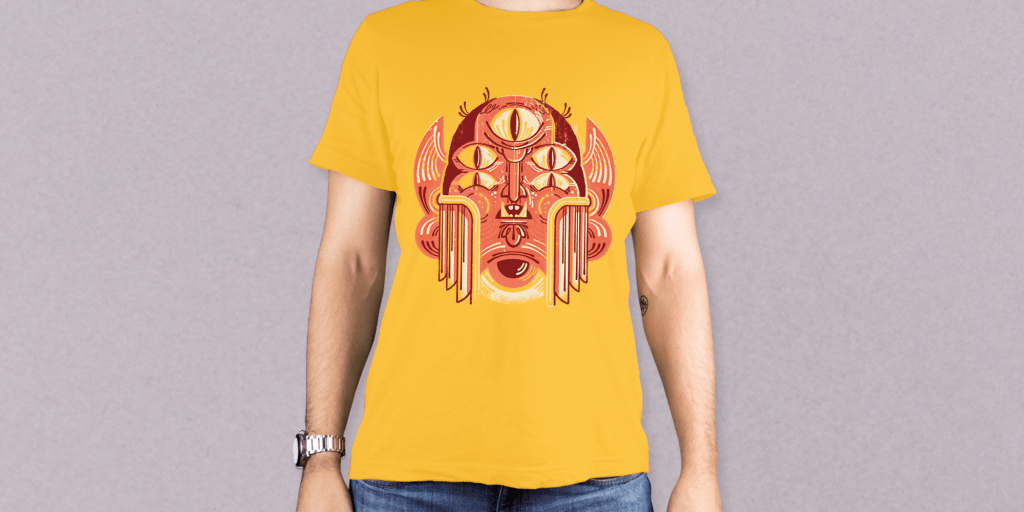 Any tips for people on how to promote their campaigns?

Not really. Self promotion is not my strong suit, if I’m honest. Social media, mail-outs, that sort of thing…. it’s tricky. I hate getting the ‘hard sell’, so I try to not do that quite so much. It’s a matter of telling people about stuff, without annoying the shit out of them (check this out for some handy tips).

What’s coming up next for you?

Check out all of Drew’s current campaigns and help them tip! Everyone wants some limited edition Drew in their lives, right?

Design inspiration and the ease of using Mercht with Demon Dance.